Lee Ufan is an artist who led one of the most important movements in post-war Japanese art, Mono-ha (the “School of Things”) and has gained worldwide acclaim for his works. Now Adachi completed Mr. Ufan’s three woodcut prints under close supervision by the artist. They are completed as a masterpiece created by the carvers and printers who inherit the Japanese traditional woodcut printing techniques. Three woodcut prints, “Dialogue 1”, “Dialogue 2” and “Dialogue 3” will be displayed at the Tokyo showroom of the Adachi Foundation. Please come to see the light and brilliant colors and the energy of traditional woodcut prints produced by using a baren rubbing pad to rub water-based pigments into the fibers of the washi paper. 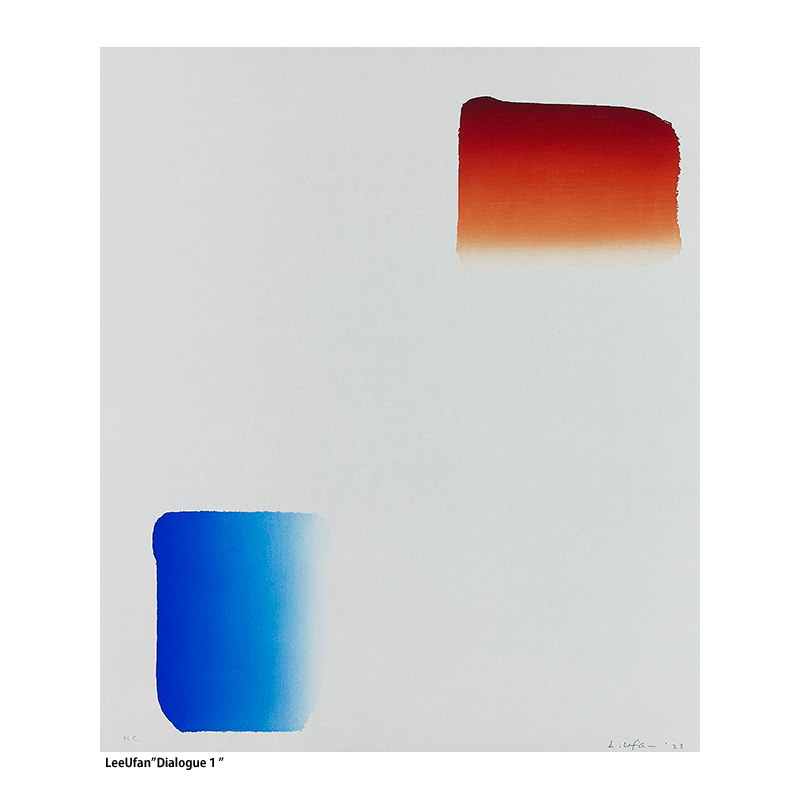 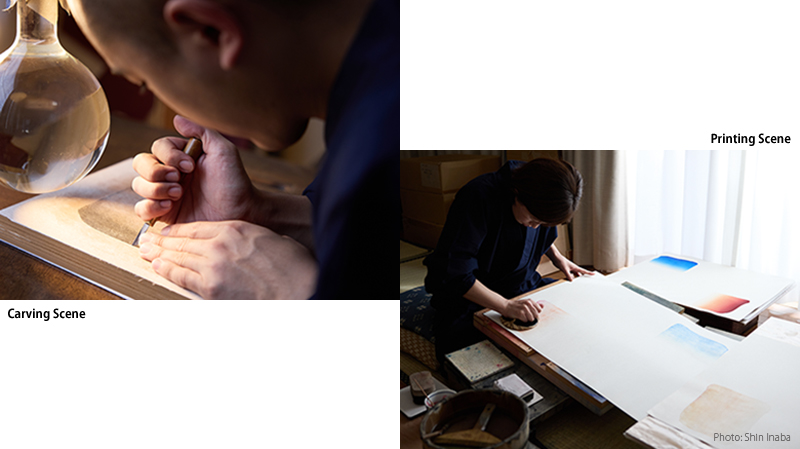 Lee Ufan was born in Gyeongsangnam-do, Korea, in 1936. He attended Seoul National University before moving to Japan in 1956 and studied philosophy at Nihon University College of Humanities. Lee is widely known as a leading figure in “Mono-ha” (the “School of Things”). In 1969, his article “From Object to Being” was selected for the Bijutsu Shuppan-sha Art Criticism Award. Major solo exhibitions in recent years include the Yokohama Museum of Art (Japan, 2005), the Guggenheim Museum (US, 2011), the Palace of Versailles (France, 2014), and Center Pompidou Metz (France, 2019).
A large-scale retrospective exhibition is held in 2022-2023 (the National Art Center, Tokyo and Hyogo prefectural museum of art).
In 2010, the Lee Ufan Museum designed by architect Tadao Ando opened in Naoshima, Kagawa Prefecture. His major publications include “The Art of Encounter” (1971) and “The Art of Margins” (2002).

※ Regarding the sales of Lee Ufan’s woodcut prints, please see the information at the NEWS section of our “The Adachi Institute Contemporary Ukiyo-e” website.